Share a memory
Obituary & Services
Tribute Wall
Read more about the life story of Charles "Randy" and share your memory.

Charles “Randy” Ball, 81, of Cadiz, passed away Tuesday, November 1, 2022 at Trinity West in Steubenville with his family by his side. He fought a long hard battle with kidney disease and other illnesses. He worked very hard all of his life, quitting school in the 9th grade to work and take care of his siblings. He was born January 2, 1941 a son of the late Lillian Banks Freeman and Charles E. Ball.

He was a faithful member of the First Apostolic Church in Cadiz and had a tremendous love for the Lord and Gods word. He worked in various coal mines from the time he was 19 years old with the last one being the Enlow Fork Mine where he retired in 1997 due to kidney problems.

On March 12, 1966 he married the love of his life, Shirley White Ball and had a wonderful life. He loved to talk about cars and the coal mine. He had a passion for detailing cars and was very good at it. He was very meticulous about his work. He sang and played the harmonica. He was a wonderful Husband, Father, Grandfather and Friend to all.

In addition to his wife of 56 years, he leaves to mourn his loss; 4 Children: Tina Ball of the home, James Ball of the home, Beth (Rudy) Bailey of Dover, Delaware and Mary (Demar) Jackson of St. Clairsville;  9 Grandchildren; 4 Great Grandchildren and one on the way in December; a sister, Vivian (Gordon) Jones of Cadiz; Stepmother, Jane Ball of Cambridge and a brother, Jeff Ball of Cambridge, Ohio. He will be greatly missed by all.

He was preceded in death by his parents; 2 Brothers, James and Joel Freeman and 2 sisters, Gwendolyn Freeman and Sharon Freeman.

Calling hours will be held on Saturday, November 5, from 10:00 a.m. until time of service at 12:00 p.m. at the First Apostolic Church, 158 North Ohio Street, Cadiz with Rev. Ray Ellenbaugh officiating. Burial will take place at the convenience of the family. The family is being assisted by Clark-Kirkland-Barr Funeral Home, Cadiz, Ohio.

The memorial guestbook may be singed at www.clark-kirkland-barr.com. 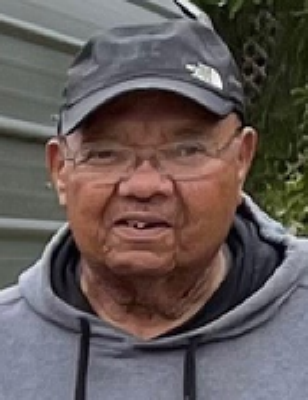